Warning Cookies are used on this site to provide the best user experience. If you continue, we assume that you agree to receive cookies from this site. OK 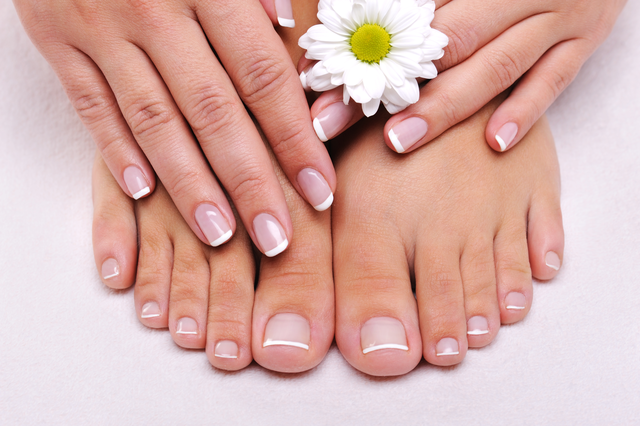 Do you ever find yourself asking why are french tips called french tips? Like French fries, French toast, and even French dressing, a French manicure seems like such a distinctly American trend, even though its name suggests otherwise.

French manicures — which are a popular choice for both fingers and toes — are one of the most common requests at nail spas and salons. The classic colored French nail tips option is ideal for those who are interested in a professional yet distinguishing look, and are a mainstay for weddings and other special events since the basic white and pinkish nude pairing goes with anything (and especially a white wedding dress).

History of the French Manicure

It may be called the French manicure, but this trend actually has its roots in 1970s Hollywood. Jeff Pink, founder of the ubiquitous nail polish company Orly, is credited with coining the name in 1978, though it was cosmetics kingpin Max Factor who is believed to have invented the look itself all the way back in the 1930s.

The “French” connection here is due to Factor’s claim that he first created the manicure for fashion forward women in Paris. It was Pink who created the first French manicure kit and took the look mainstream. Pink also said that it was his practice of painting the trend on Parisian women’s nails that led to the term.

Disagreements over the name’s true origin aside, it wasn’t long before the French manicure took over in Hollywood — eventually spreading across the U.S., and then across the world. Interestingly, France itself borrowed the name when they adopted the look, calling it la French manucure.

What Are French Tips?

Now that we know where the name comes from, what are French tips actually, and how do you achieve this classic look?

French tips refer to the white polish on the tips of the nails, above the base of the nail which is traditionally painted in a pinkish nude tone. The look is meant to provide a more bold replication of nails’ natural colors, though today you’ll see French manicures in a wide range of shades that certainly look anything but natural.

To achieve a picture perfect French manicure, most manicurists rely on French tip guides in order to achieve as clean of a line as possible between the base of the nail and the tip. After applying a base coat, the guides are applied, and then white is painted on the tips and a pale shade on the base, followed by a top coat. And just like that, a stunning and simple French manicure is complete.

Putting a modern twist on a French manicure is a great way to create some seriously show-stopping nails. Here are some ideas on how to do it.

At Gel-Nails.com, we’ve got everything that your nail spa or salon needs to provide clients with a timeless French manicure. Shop base coats, top coats, and polish shades, plus nail accessories and supplies. We offer products from the industry’s most trusted brands, plus fast and reliable shipping everywhere in the world.

By continuing to use our site, you consent to the placement of our cookies on your browser. X